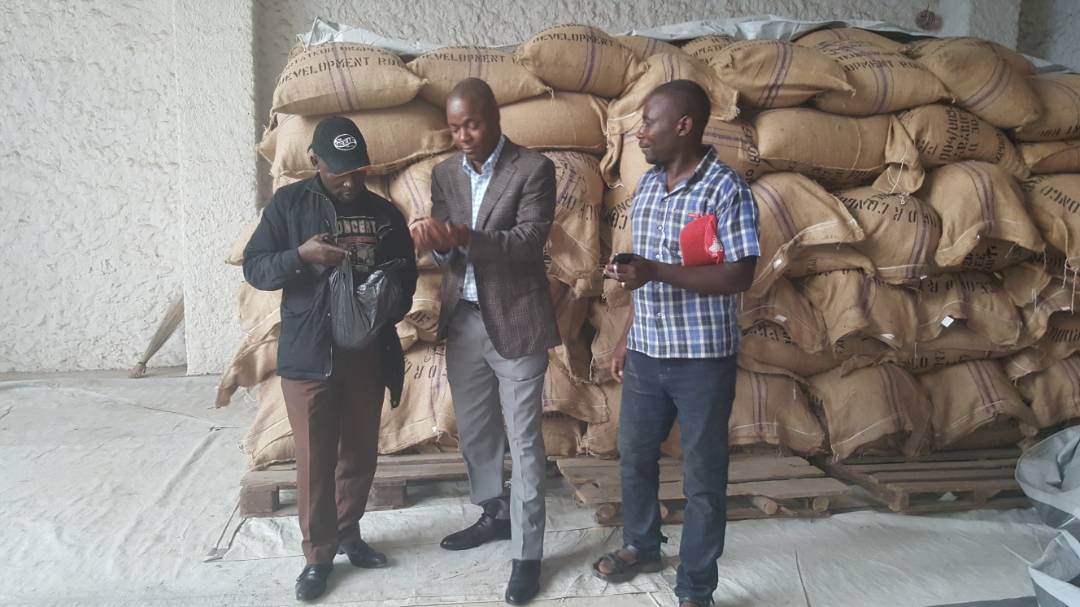 Posted at 14:37h in Blog, Uncategorized by Mike Pilkington 0 Comments

One day last summer, I received an email from Joel Hammernick, who heads Sunshine Ministries in the Woodlawn community. I worked closely with Joel and his wife Paula during the time they opened Greenline Cafe on 61st St.

The email introduced me to a man named Claude Bambi with an idea to import coffee directly from The Democratic Republic of Congo (DRC). Paula was born and spent a good part of her childhood in Congo. Since Greenline had been buying coffee from Bridgeport Coffee for a few years now, they knew I had occasionally offered coffee from central Africa. I receive a lot of the type of request along the lines of “My brother, father, cousin own a coffee farm and…”— so this was not out of the ordinary. Based on the introduction from Paula, and her familiarity with Congo, I agreed to meet with him. 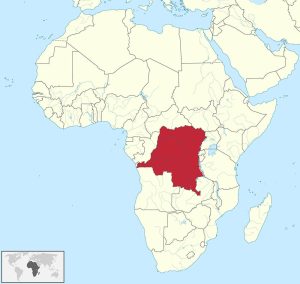 I was very much aware of the conditions the coffee farmers from the Eastern DRC have withstood over the last few decades. Three years ago, I made a one-time purchase of 650 pounds through an import broker from a cooperative called SPOCADI — an organization of 3,600 small scale farmers from the Kivu region in the easternmost edge of the DRC. It was an amazing coffee, but arrived with very little background information.

Little to no coffee had come from this region in many years. I had to spend a lot of time researching the region, its peoples, its coffee history, its politics and its wars. As in all stories of war, what I discovered was a disturbing mix of kidnapping, rape, and killing.

During the 2nd Congo War (1998–2003), 5 million lives were lost. Take a moment and think about it: five million lives — nearly twice the population of the city of Chicago. Much of this conflict took place in the same rural areas where coffee is farmed.

Last year, I received an email from the same import broker who had imported the coffee a few years before. They were bringing in a single container from the same cooperative. The coffee was to be be pre-sold and allocated — and there was another 650 pounds available for Bridgeport Coffee if I was interested.

I was. The coffee was fantastic and sold quickly.

Claude Bambi is a Congolese man that has formed a company named Okapi Global Development. Its mission is “to bring Peace and Economic Development, one community at the time through business.” His enthusiasm was intense. He was very big on ideas but not so much on experience for such a complex project. I listened and gave him advice, but didn’t expect much. The Lake Kivu Region has the potential to be one of the best in the world for very high quality coffee, but it is quite remote and lacks infrastructure. Getting the type of coffee from here that Bridgeport Coffee would have interest in is an extremely complicated undertaking for even the most experienced of businesspeople, let alone someone who, although well-meaning, is quite inexperienced in such matters.

As the weeks turned into months, he seemed to be making progress. I came to admire his relentless pursuit. I agreed to offer my help. Bridgeport Coffee would provide storage and access to our green coffee customers. I arranged a meeting between our US Customs Broker and Okapi Global. With all he had learned and accomplished in the US behind him, Claude set out to visit the farmers in the Eastern DRC, Lake Kivu Region. He was gone for 3 weeks.

He returned with news he had purchased a container from the COOPADE COOP and had hired a shipping agent. The container left the port city of Mombasa, Kenya on Christmas Day with its final destination of Bridgeport Coffee on South Ashland Avenue.

I deeply admire Mr. Bambi for his dogged determination to get this done. We now wait for its arrival and pray for a quick trip through US Customs. 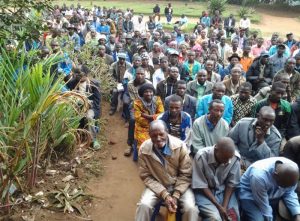 Located in North Kivu, high in the Kyondo Mountains along the National Virunga Park and Lake Edward in the territories of Beni and Lubero, COOPADE COOP consist of 2,127 smallholder farmers. Forty percent of them (850) are women. The organization is assisted by agronomist, rural development professionals, an attorney, an accountant, and a computer scientist. The washing station is owned and operated by the COOP membership.

The mission of the COOP is clear: To combat unemployment and poverty. To promote a lasting peace in the region of Kivu and all its surroundings, one community at a time.

The coffee is certified Organic. The variety is primarily Bourbon, but some Marogogype and Cataui is present. Fully washed and dried on raised beds.

On January 31, 2018, the container from COOPADE COOP arrived in New York! You should be able to sample Bridgeport Coffee’s exclusive Congolese roast at all of our locations in about mid-March 2018.

The following pictures tell the story of this group of farmers. 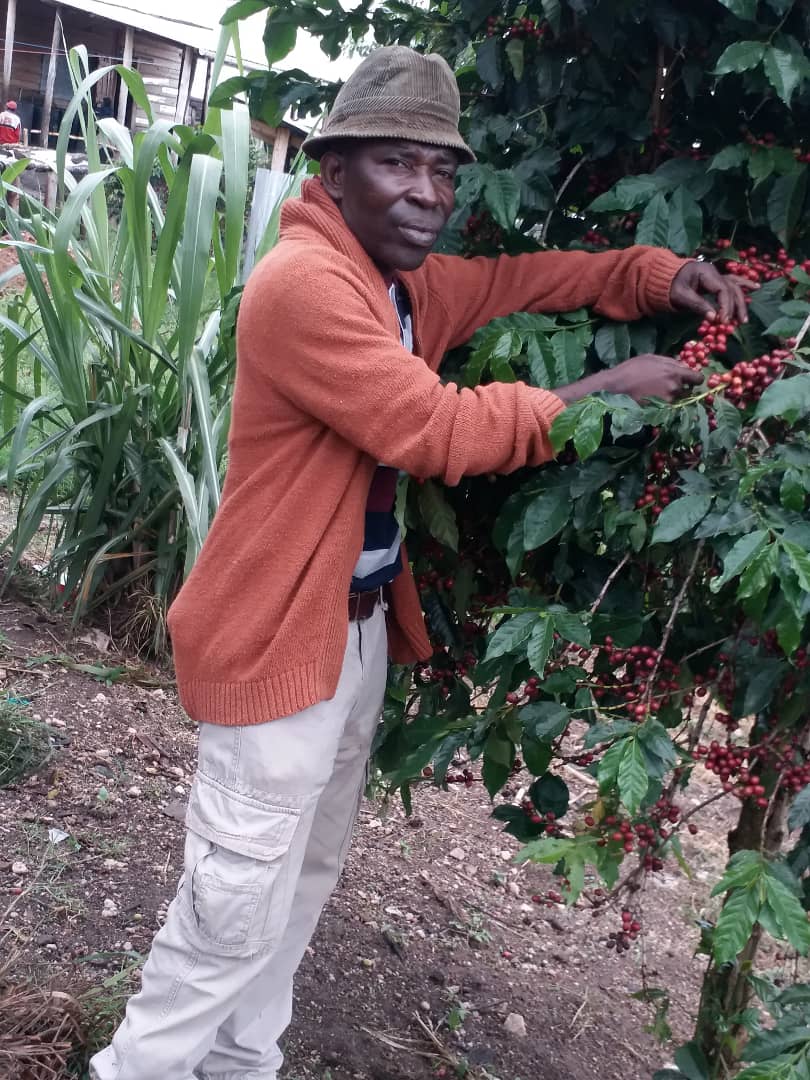 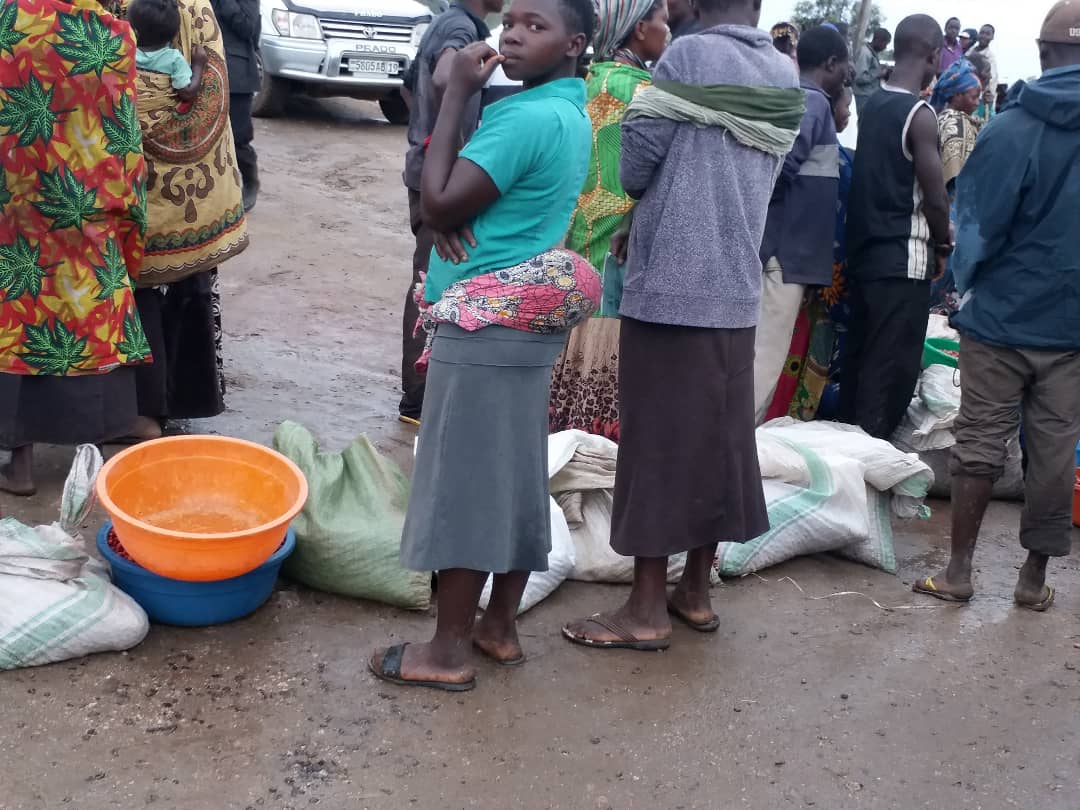 Waiting at the COOP for processing.

Some farms produce as little as 10 pounds of green coffee — but all participate in the COOP’s mission of fighting unemployment and poverty, and promoting peace in the Kivu region.

Sorry, the comment form is closed at this time.