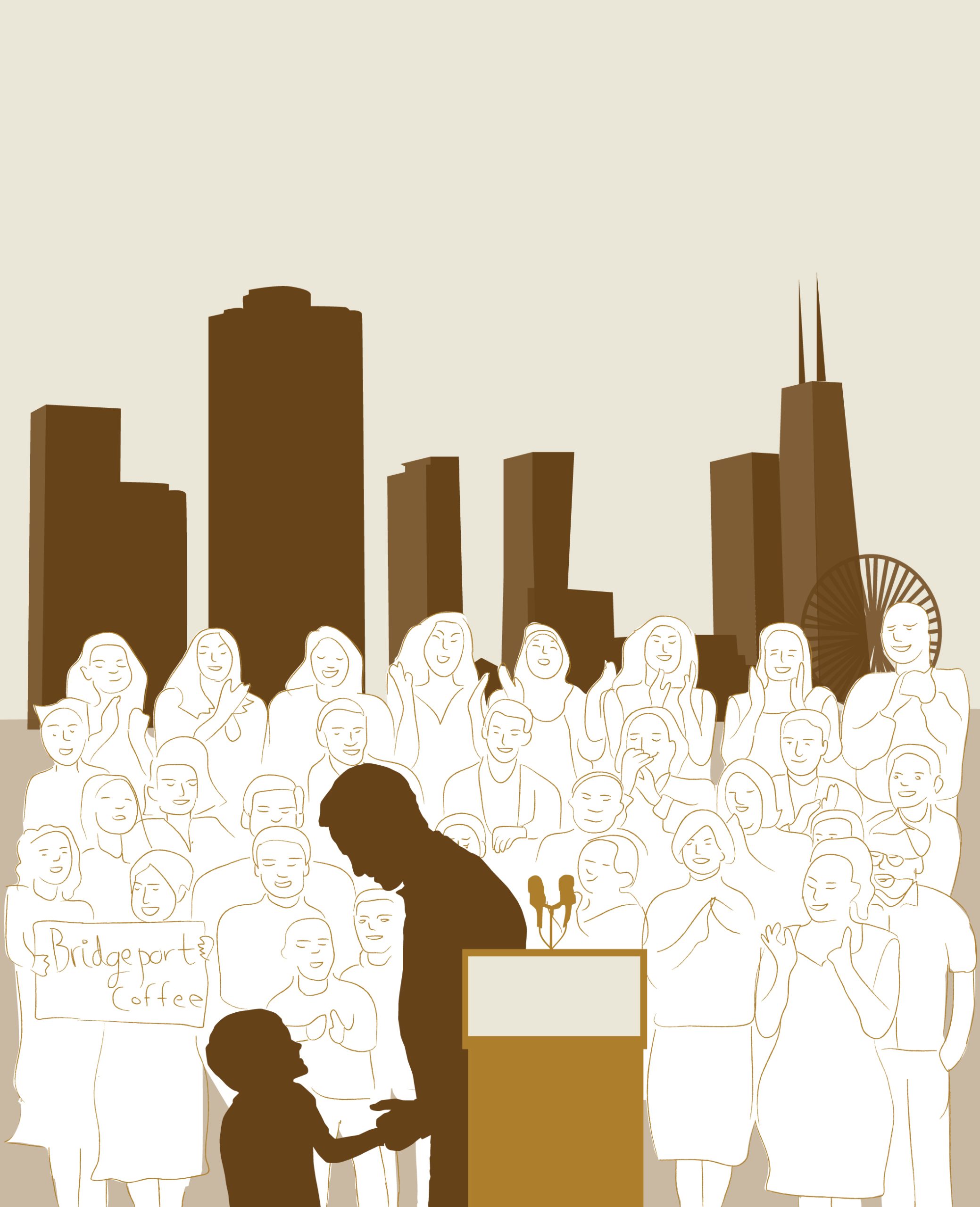 Posted at 15:44h in Blog by Mike Pilkington 0 Comments

The Coffee:
A blend of coffee from farms on the leeward side of Santa Ana Volcano, El Salvador. The farmers have been valued friends of Bridgeport Coffee for 13 years. Each farm has consistently been top ten finishers in the El Salvador Cup of Excellence competition.  Although coffees from this region are traditionally sweet with a lighter body, the Mayors blend has a creamy mouthfeel that is unique and extremely pleasant.

The Story:
Bridgeport is a near southside Chicago neighborhood. Geographically bound on the north by the south branch of the Chicago river, on the west by the Bubbly Creek (the infamously polluted south fork of the south branch), to the south the old Stockyards, and on the east by the Union Pacific railroad tracks. Famous for being the historical center of the Cook County Democratic Party, Bridgeport has been called home by 5 of Chicago’s 47 mayors, 4 of which spanned a continuous period of 46 years (1933-1979).   This blend is a tribute to them. If you’d like to know more follow this link. http://lockzero.org.uic.edu/v.html